Victorians and Edwardians Abroad: the Beginning of the Modern Holiday 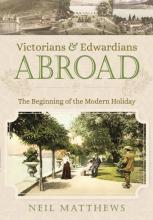 This is an informative and enjoyable read, reporting an exploration of the formative years of the Polytechnic Travel Agency (PTA), in the late 19th and early 20th century. Unlike Thomas Cook, the PTA was a collaboration aiming to provide ordinary people with exploration and education through travel. Pre-planning and pooling of money though saving schemes allowed the PTA to buy hotels, chalets and boats making exciting holidays, such as a Swiss tour, possible. This 'Rational Recreation' it is argued, offered counter attractions to 'bad' recreation, such as the races and public houses.

The PTA was in London, thus there is a southern bias, and the available archives were largely created by the (predominately male) polytechnic members. In addition, despite a 'Holiday by Proxy' fund which subsidised people who were less well off, contemporary criticisms suggest that lower paid workers could not afford to join.
However a record of 250 students and teachers from Manchester going to the Paris Exhibition in 1900 shows the North was represented and one extract suggests that working people were not entirely excluded: '...a large party of Yorkshire miners and colliers under the leadership of Mr. Hibbert ... had been inspired by hearing the gentleman give some lantern lectures with an earnest desire to see Switzerland, and after saving part of their wages for 4 years they had at last been able to carry out this wish'.

Although the book is largely about the PTA it covers other contemporaries including John Frame who organised tours taking temperance workers from Preston joining a 5,000 strong choir at Chrystal palace in 1881 and day trips for Preston football club supporters. Also Thomas Leonard who was organising walking holidays in the Lake District from the 1890s, the origin of the Cooperative Holidays Association which formed in 1897.