The society celebrates our history - which includes events and movements such as Peterloo, Chartism, the growth of trade unionism, the Irish community in the NW, Votes for Women, the formation of Socialist organisations, opposition to war, the General Strike, the International brigades and the fight against the Blackshirts, to name just a few.

Join us at the North West Labour History Society as we continue to publish and promote the real histories and stories of ordinary working men and women - people who have worked together to improve their working conditions, and their quality of life.

Our members' subscriptions keep us going. You can join us and help to ensure our future by becoming a member.

Below are book reviews we were unable to include in our journal due to the limitations of space. For more go to the book reviews page 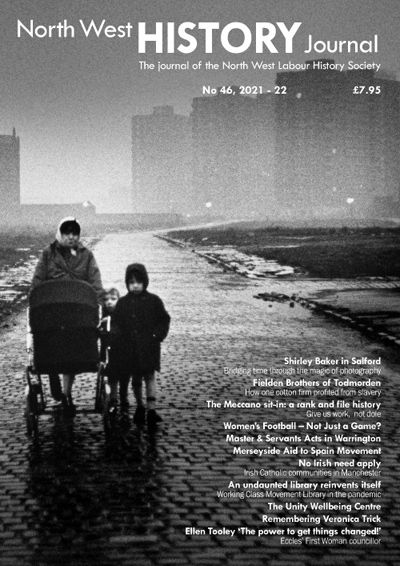 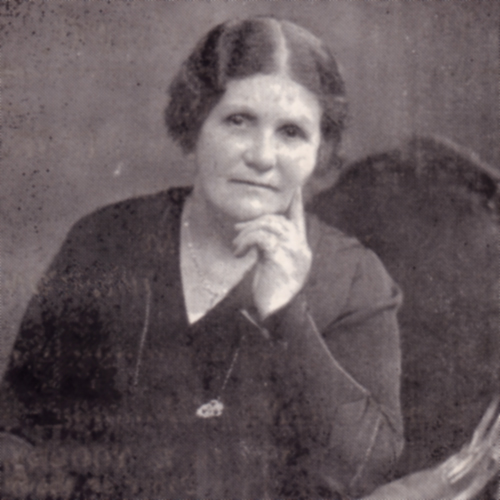 When we were growing up my cousins and I were all very proud of our famous grandmother, Ellen Tooley, who was the first woman councillor for Eccles although we had only the vaguest ideas about what that meant. 'Gran' died when I was thirteen and then, almost forty years later my mother died too. On sorting through my mother's belongings I found that she had kept a small bundle of papers about her mother, Ellen. All that it contained was a few letters, a couple of poll cards, an election address and a newspaper cutting but it was enough to make me realize how little I knew about my grandmother and how much more I wanted to know. With the help of Ruth Frow and Alain Kahan at the Working Class Movement Library and Tim Ashworth at Salford Local History Library I began to learn what I could about how and why she became involved in local politics. As I investigated a picture began to emerge of a whole group of amazing women who were determined, against enormous odds, to make their mark on local affairs. This then is my attempt to not only tell Ellen's story but in the telling to touch on some of their stories too. 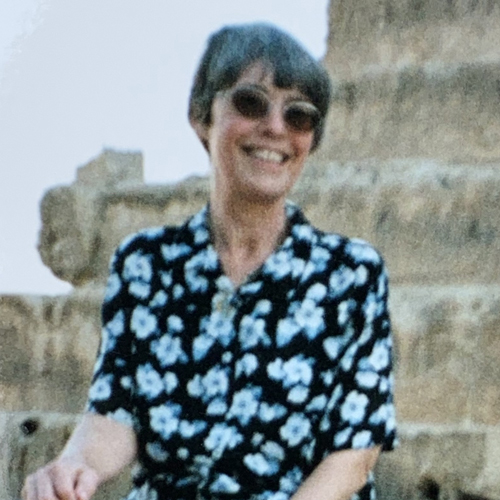 Veronica was a great campaigner. She could charm and convince people to join and help with the many causes she supported. She was born into a family of Labour activists. Her grandmother, Ellen Tooley, was the first women to become a Labour Councillor for Eccles having fought many years for recognition. Inevitably Veronica was a life long member of the Labour Party and CND. Her belief in socialism never wavered. Whilst living in Blackburn, Veronica campaigned for her MP, Barbara Castle and the two became friends. 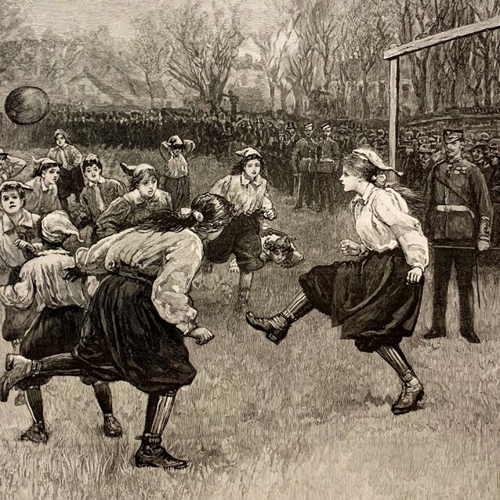 Women’s Football – Not Just a Game?

I must admit to a passion not held by many women. I love football. I spent most Saturdays of my formative years either at Maine Road or travelling to away games. At my all-girls school in the 1950’s we were told off for playing football as “it is not a sport for young ladies” and instead we were forced to play netball. Fortunately, things have changed.On Saturday, 7th September 2019, I went to my first women’s football match along with my son and granddaughter. The venue was the Etihad Stadium. It was the first women’s professional Manchester Derby, and an amazing crowd of 30,000+ gathered to support their teams. Although one end of the stadium was allocated to the United supporters, all the stands had a mixture of blue and red scarves - something that hasn’t been seen in men’s football for years. Tickets were cheap, and many of the youngsters were attending their first game. There was a real carnival atmosphere, and not a swearword was heard! 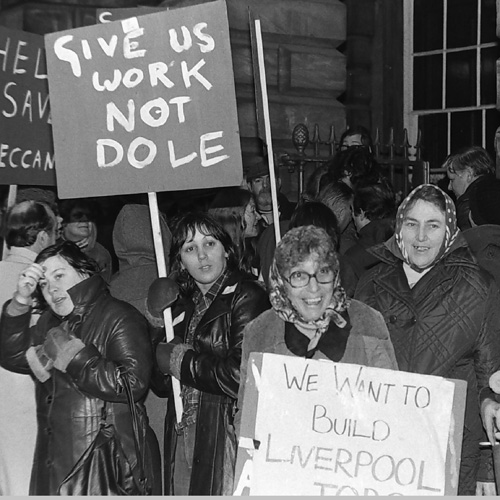 Give us work, not dole: a rank and file history of the Meccano sit-in

Throughout the 1970s and 1980s, Britain experienced several economic crises that resulted in the deindustrialisation of traditional working-class communities. In some instances, rank-and-file workers responded to the threat of mass redundancies by seizing control of plant and equipment. The fight back began on Merseyside when, in August 1969, employees at General Electric Construction voted to sit-in against a round of compulsory lay-offs.1 As a unique experiment in workplace protest, it inspired a burgeoning national occupation movement. Three years later, Fisher-Bendix employees in nearby Kirkby coordinated a work-in that resulted in a workers’ cooperative.2 Although instances of shopfloor anti-closure struggles declined under Thatcher, Liverpool remained a stronghold for the right to work movement. Campaigns at the likes of Cammell Laird and Mersey Docks prompted historian Brian Marren to remark that the city became a “nucleus of resistance against the encroaching tide of monetarism and sweeping deindustrialisation”. 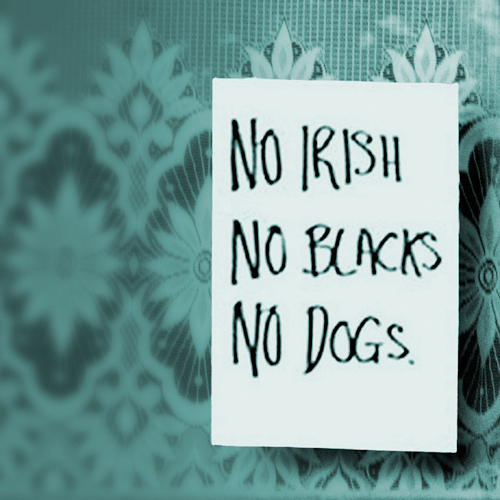 No Irish Need Apply: The urban segregation of Irish Catholic communities in Manchester in the nineteenth and twentieth century

Britain’s industrial revolution led to a large influx of immigrants moving to Britain’s cities in search of work1. The expansion of British cities, as a result of this migration had a significant impact on the formation of the urban spaces.
Immigrants are more likely to integrate into communities with large numbers of other immigrants who speak a familiar language and can provide support2. In geographical research, the term ‘segregation’ addresses the clustering of immigrants and ethnic groups into separate communities away from the host or dominant population. This segregation can be forced by the host country or dominant population through laws, such as Jim Crow laws in the USA that forced segregation on black people living in the South, or self-segregation whereby minority communities segregate with people of similar cultural backgrounds, religious beliefs or race. This is evident in Irish catholic immigrant communities. 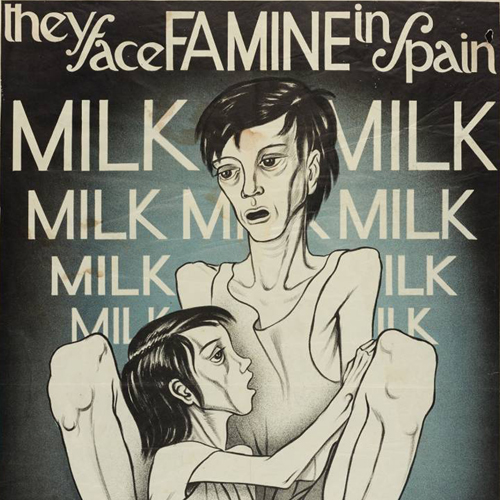 Interest in the Spanish Civil War has intensified in recent years as a new generation awakens to the significance of this conflict as a portent to the worldwide devastation that was to follow in its aftermath. The Non-Intervention Agreement that followed the start of the war was a joint initiative between the governments of France and the United Kingdom, it attempted to prevent the war escalating and spreading to other countries. However, Italy and Germany soon began to support Franco’s Nationalist troops, and by the end of the first year of the struggle Russia was supporting the legitimate Republican government. The stance adopted by the British government also served as a way of attempting to protect British commercial interests in Spain and was an effort to appease the French government who were concerned about the pan-European effects of conflict. 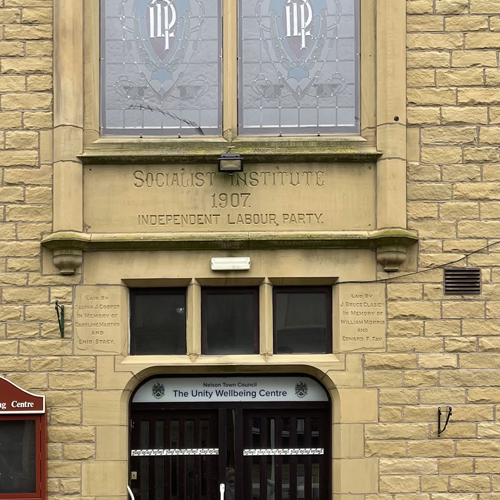 Selina at the UNITY

Selina Cooper laid one of the foundation stones on the Socialist Institute, Vernon Street, Nelson in July 1907. She, with other members of the Independent Labour Party (ILP) had raised the money to buy the land and build the hall. From its opening, people thronged to meetings, lectures and entertainments. Selina Jane Cooper moved from Cornwall to Barnoldswick with her family aged 11 and began work in a mill. She would become an active trade unionist, a suffragist, a member of the Social Democratic Federation and of the ILP. She was the first woman to represent the ILP when elected to the local Board of Guardians in 1901. In the course of a remarkable life, she opposed the First World war and warned against the threat of Nazism and fascism well before the Second. She founded the first maternity clinic in Nelson and served as a magistrate and JP. She used her formidable campaigning skills locally, nationally and internationally. 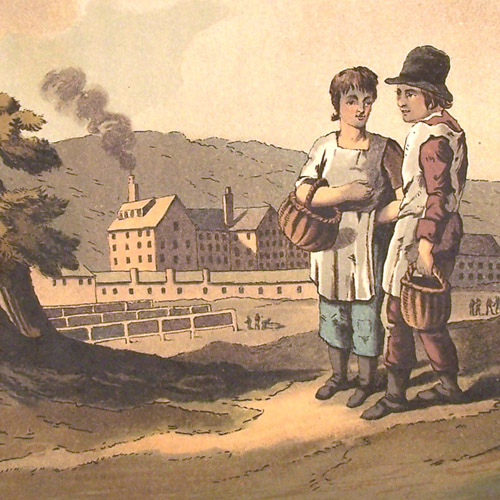 In 1846, Joseph Baxter Edelsten of Warrington, and Messrs John Jones and Arthur Potts of Newton le Willows, with the help of compliant magistrates and police, manipulated the Master and Servant Acts of 1823-25 to persecute their employees. Newly developing trades unions and their representative, William Prowting Roberts, worked to curb their excesses and to influence England's lawmakers. 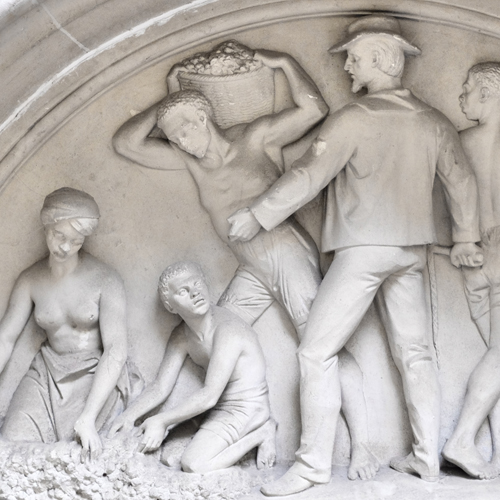 Fielden Brothers of Todmorden: How one cotton firm profited from slavery

Marika Sherwood, in the 2020 edition of this journal, highlighted how the wealth of Manchester and Liverpool was built on slavery.1 One of the most successful cotton spinning and weaving businesses in the North West of England was the firm of Fielden Brothers of Todmorden. The driving force behind the company’s success was John Fielden, Radical MP for Oldham from 1832 to 1849, who is remembered for the Factory Act 1847, often called the Ten Hours Act as it legislated to restrict the working hours of women and young people aged between 13 and 18 to ten hours a day. Fielden campaigned for universal male suffrage, voted for the Slavery Abolition Act of 1833 and against payment of compensation to slave owners and yet, at the same time, sought opportunities to benefit from slavery. 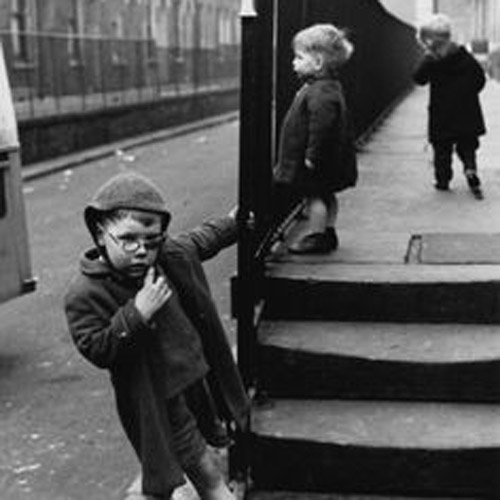 Bridging time through the magic of photography

“By bridging time through the magic of photography, a connection has been made with a past that should not be forgotten”

Shirley Baker, born in Kersal, Salford, would be one of very few women to make a successful career out of photography in the twentieth century. The pinnacle of this career came with her photographs of the slum clearances. These photographs encapsulate the upheaval of that process, but also resilience of Salford’s working class. Her work illustrates that despite being neglected, the slums housed a community built on support, solidarity and the ability to simply carry on. Baker’s unimposing pictures captured Salfordians adapting to their community being undone, showing their everyday lives amidst the disruption and debris around them. Despite the existence of Baker’s work, little historical enquiry has taken place both on her and slum clearance generally since geographer Jim Yelling identified the lack of scholarship surrounding slum clearance over twenty years ago. 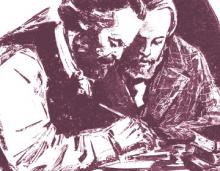 Do you have pet subject or a burning passion you want to write about?
The North West Labour History Society is always on the look out for new contributors.