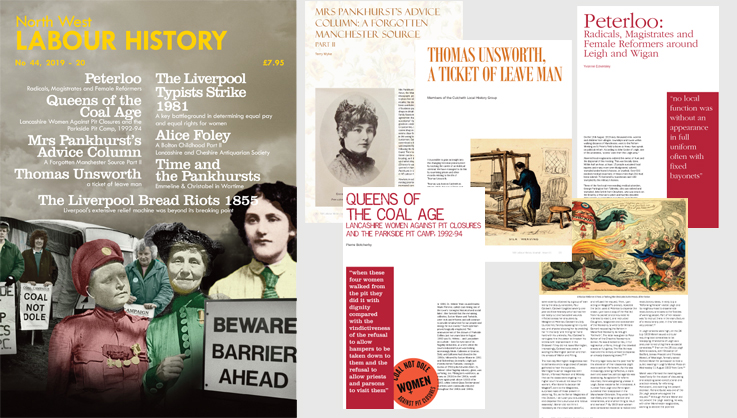 The Peterloo bicentennial enables this Journal to offer a salutary reminder that the acquisition of political rights was a lengthy, hard struggle and their maintenance an ongoing challenge.

As our major articles reveal, Radicalism was not a male preserve. Mary Fildes, president of the Manchester Female Reform Society was present at St. Peter's Fields, holding a banner with the cap of liberty on the pole. Yvonne Eckerlsey's article notes that six days before Peterloo the Bolton and Warrington magistrates considered 'the Female Reformers' in the area to be a serious threat as they were planning 'to act a conspicuous part, by addressing the assemblage from the hustings, and furnishing a cap of liberty'.

In June 1993 activist Vanessa Unsworth told the North West People's March Against Unemployment and Pit Closures 'probably now, more than ever before, the role of women in society is paramount to the survival of this generation and the future generations'. Pierre Botcherby's article documents this struggle. Peter Cresswell recalls the remarkable but now largely forgotten strike of Liverpool City Council typists in 1981.

There are two perspectives on Emmeline Pankhurst. The first by Terry Wyke completes his study of Mrs Pankhurst's attempts to become a successful retailer.

The second, contributed by David Hargreaves, examines the impact of the First World War on Emmeline and Christabel Pankhurst and their rightward odyssey.

While we welcome these articles as part of our rationale in recalling women's struggles, we do hope that more women will send their histories to us. Like Radicalism our history should not be a male preserve !

We are pleased to publish a further extract from the autobiography of the redoubtable Alice Foley who was the first woman to be a full time trade union official in the cotton industry.

We are grateful to Culcheth Local History Group for bringing to life what would otherwise have been an unknown figure - Thomas Unsworth, A Ticket Of Leave Man. A project very much in line with the philosophy of the North West Labour History Society.

As always I am grateful to our Book Review Editor David Hargreaves, Advertising Editor James Rees, Designer Mike Carter, the Editorial Board, our contributors, reviewers, advertisers and of course to you, our readers. 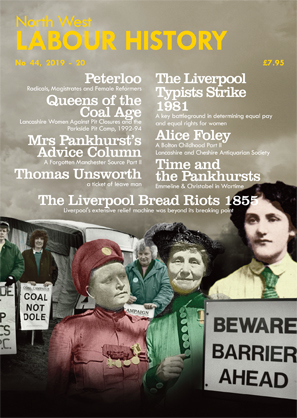 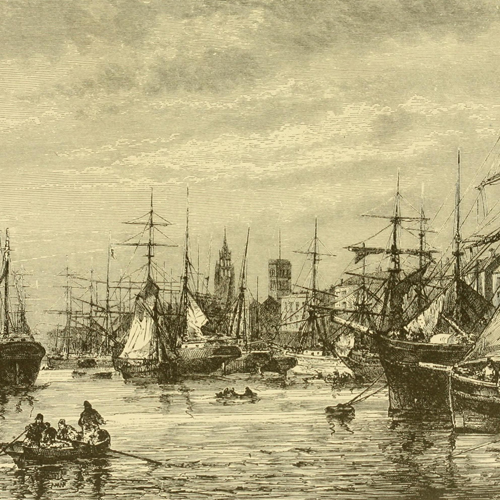 This article is based on a project carried out by a group of students and tutors on the Second Chance to Learn Course run in 1977 - 78 by the Institute of Extension Studies, University of Liverpool. The aim of the project was to acquaint the students with some of the methods of historical research and to investigate, in particular, the Liverpool of the midnineteenth century. This was done by focusing on the Bread Riots in the city in February 1855. 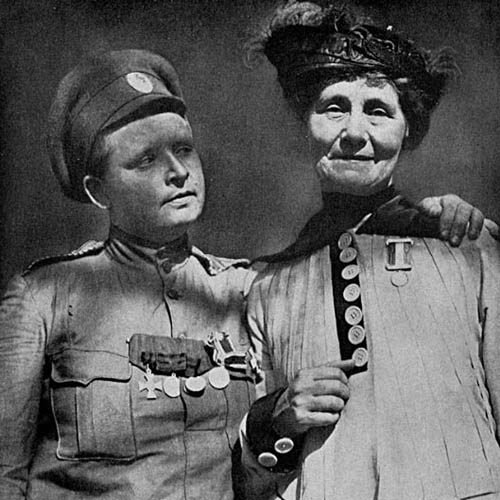 Time and the Pankhursts: Emmeline & Christabel in Wartime

This article looks at the impact that the declaration of war in August 1914 had upon Emmeline and Christabel Pankhurst. It looks in detail at their wartime rhetoric: moving from seeing war as a “soulless massacre” and condemning the “murder – suicide of modern warfare” resulting from “Government by men only” to the portrayal of Germans as “sub-human and a different species.” 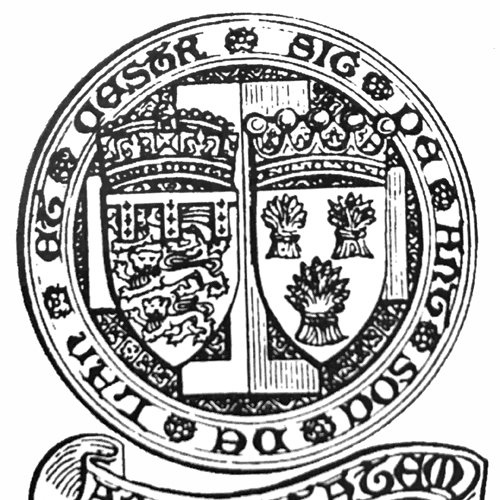 The Lancashire and Cheshire Antiquarian Society was founded in 1883 to promote the study of the history of Lancashire and Cheshire. Its sphere includes archaeology (both traditional and industrial), economic and social history, architecture and the arts, and folklore. Its range extends from antiquity to the more recent past. Although the Society is based on Manchester, its studies and activities embrace the region. Membership is open to all individuals and societies who are interested in the various historical aspects of the two (pre-1974 reorganisation) Counties Palatine. 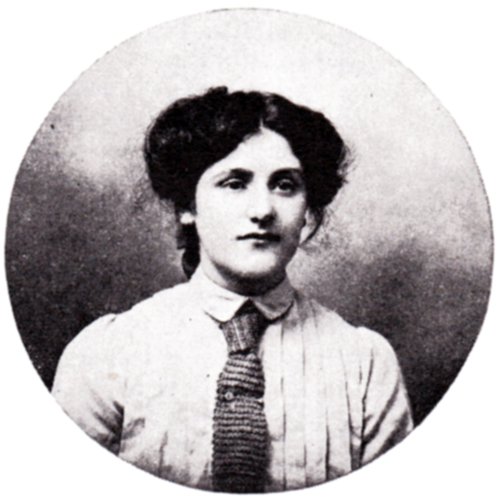 This is the second extract from Alice Foley's autobiography to be reprinted in the journal Alice Foley spent most of her working life in the Bolton Spinners Hall, one of Lancashire’s most iconic labour buildings. The Spinners Hall as the headquarters of Bolton's three main cotton unions though as the name implies it was owned by the Bolton Spinners. It was an unusual arrangement as in most cotton towns individual unions had their own separate offices. 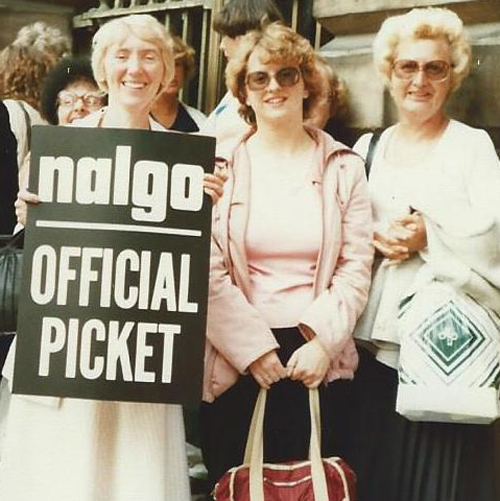 The Liverpool Typists Strike 1981: “a key battleground in determining equal pay and equal rights for women “

The strike by 450 typists employed by Liverpool City Council lasted from July to December 1981. At the time it was the longest strike by white collar women workers in the UK and ended with an agreement to go to arbitration over the workers claim for regrading. The City Council at the time was run by the Liberal Party, led by Trevor Jones. The following year the strike was the subject of a musical play at the Liverpool Everyman Theatre (see Appendix B). This is the first written account of the strike, based on documents kept by NALGO activists, the typists’ trade union branch and interviews with some of the strikers. The author was the branch secretary of Liverpool NALGO , the typists’ trade union. 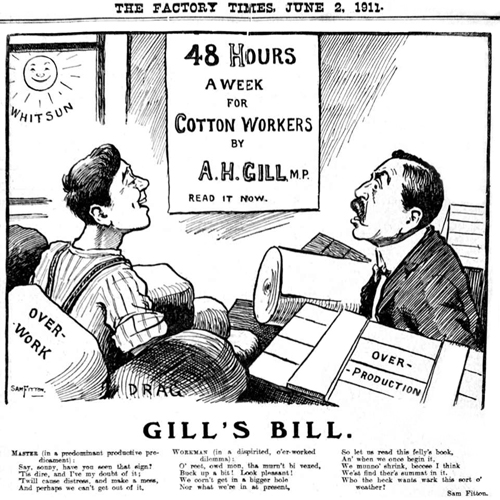 This poem published in the Cotton Factory Times (18 July 1919) was written to celebrate the winning of the 48-hour working week by the Lancashire cotton trade unions after a three week strike. The strike was the most significant dispute in 1919 according to the Ministry of Labour both in terms of its length and the number of workers involved. A new shorter working week now replaced the 55.5 hours week which had been in place since 1902. The cotton trade unions had been campaigning for 48 hour week since the 1890s and the agitation increased in the Edwardian period when the Spinners’ leader and Bolton MP, A.H. Gill introduced a bill in parliament. 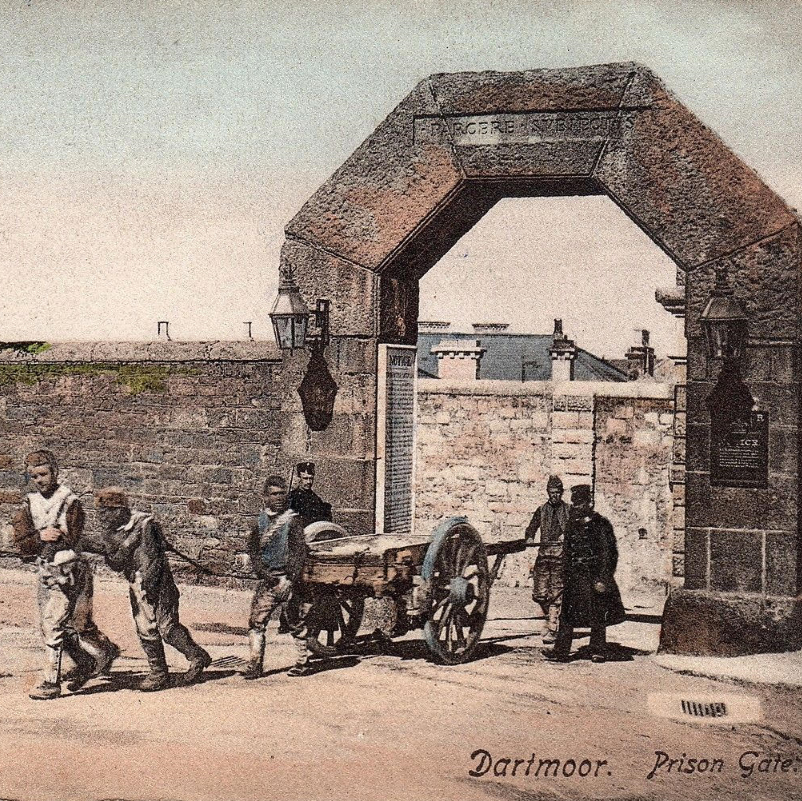 It is possible to gain an insight into the changing Victorian penal system by tracking the career of an habitual criminal. We have managed to do this by examining prison and other records relating to the life of Thomas Unsworth. 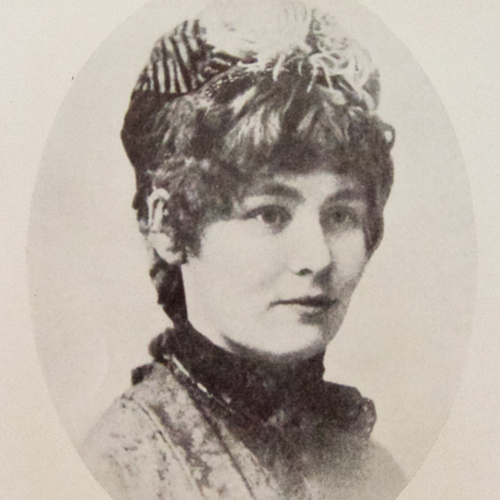 Mrs Pankhurst’s advice column in the Alliance News, the Manchester-based temperance newspaper, provides a fresh perspective in which to place her attempts to establish herself as a retailer. Her desire to be a shopkeeper has not been overlooked by historians but in the absence of business papers it is difficult to discuss the shops in detail or assess their contribution to the family finances. Her biographers are in general agreement that they were not particularly successful. 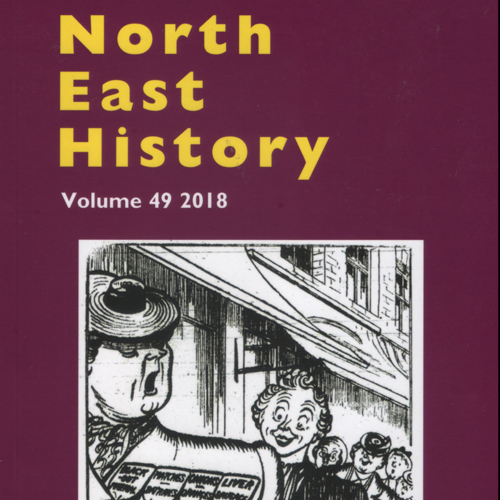 Founded in 1967, by Joe Clarke, Archie Potts and Terry McDermott, the North East Labour History Society is Britain’s oldest regional labour history society. It is dedicated to the study of working people’s history in the region, particularly during the modern period.

Like the NW Labour History Society the NELHS publishes an annual Journal. In A3 format it is a very professionally produced publication which its current Editors Brian Bennison, Mike Greatbatch, Win Stokes, Sue Ward and Elizabeth O’Donnell are to be complemented. 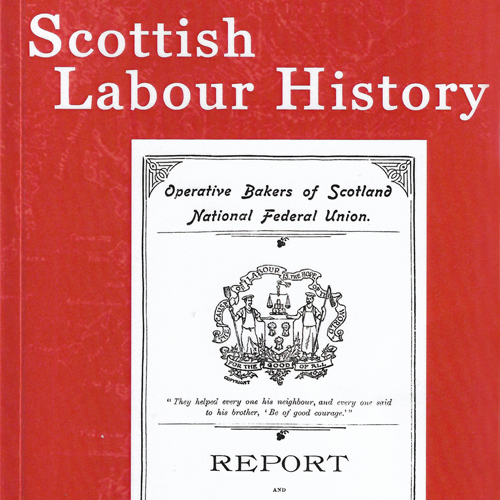 The Editorial Introduction points out that 2018 contains so many anniversaries of interest to working class historians. As with the accompanying pamphlet on John Maclean’s speech from the dock the anniversaries serve as a eminder of “what has happened” but also “a stimulant to further study and scholarship.”